Mr. Flaig, who was recently nominated and selected to The National Advocates Top 100 Attorneys, has concentrated on estate planning, wills, and trusts and assisting corporations (both large and small) in their maintenance, day to day operations, contract drafting, review and analysis and risk management. Finally, Mr. Flaig has been active in the law and civil litigation since 1997 and can either assist and/or refer you to the appropriate qualified counsel for such matters.

Outside the daily representation of his clients, Mr. Flaig has been actively involved in both legal and civic affairs. He is on the Board of Directors for the non-profit humanitarian organization, Help The Children. He has also served as a judge for mock trials at Southwestern University School of Law and at the University of Southern California School of Law.

Prior to passing the California Bar in 1997, Mr. Flaig attended the University of Southern California and earned his B.A. in 1994. Immediately after receiving his degree, he attended Southwestern University School of Law where he became actively involved and was elected to the Board of Governors for the Interscholastic Trial Advocacy Team. As an advocate, Mr. Flaig competed in mock trials around the nation.  This education and experience has given Mr. Flaig the ability to provide value to his clients in their legal matters.

Mr. Flaig has once again been selected to SuperLawyers, which is only awared to 5% of the top attorneys in the State, and is published in Los Angeles Magazine this year.  SuperLawyers are attorneys who have been proven to excel in the following: verdicts and settlements; transactions; representative clients; experience; honors and awards; special licenses and certifications; position within law firm; bar and or other professional activity; pro bono and community service as a lawyer; scholarly lectures and writings; education and employment background; and other outstanding achievements. Only 5% of lawyers in the State are designated with this honor. Mr. Flaig is proud to be one of them again this year. 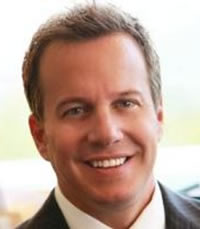 Do You Have a Pet Trust?